The Darker Side of Blockchain 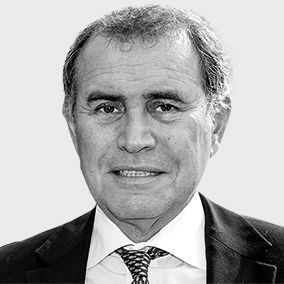 There is a good reason why every civilized country in the world tightly regulates its financial system. The 2008 global financial crisis, after all, was largely the result of rolling back financial regulation. Crooks, criminals, and grifters are a fact of life, and no financial system can serve its proper purpose unless investors are protected from them.

But the current regulatory regime does not capture all financial activity. Cryptocurrencies are routinely launched and traded outside the domain of official financial oversight, where avoidance of compliance costs is advertised as a source of efficiency. The result is that crypto land has become an unregulated casino, where unchecked criminality runs riot.

This is not mere conjecture. Some of the biggest crypto players may be openly involved in systematic illegality. Consider BitMEX, an unregulated trillion-dollar exchange of crypto derivatives that is domiciled in the Seychelles but active globally. Its CEO, Arthur Hayes, boasted openly that the BitMEX business model involves peddling to “degenerate gamblers” (meaning clueless retail investors) crypto derivatives with 100-to-one leverage).

To be clear, with 100-to-one leverage, even a 1% change in the price of the underlying assets could trigger a margin call and wipe out all of one’s investment. Worse, BitMEX applies high fees whenever one buys or sells its toxic instruments, and then it takes another bite of the apple by siphoning customers’ savings into a “liquidation fund” that is likely to be many times larger than what is necessary to avoid counter-party risk. It is little wonder that, according to one independent researcher’s estimates, liquidations at times account for up to half of BitMEX’s revenue.

BitMEX insiders revealed to me that this exchange is also used daily for money laundering on a massive scale by terrorists and other criminals from Russia, Iran, and elsewhere; the exchange does nothing to stop this, as it profits from these transactions.

As if that were not enough, BitMEX also has an internal for-profit trading desk (supposedly for the purpose of market making) that has been accused of front running its own clients. Hayes has denied this, but because BitMEX is totally unregulated, there are no independent audits of its accounts, and thus no way of knowing what happens behind the scenes.

At any rate, we do know that BitMEX skirts AML/KYC regulations. Though it claims
not to serve U.S. and UK investors who are subject to such laws, its method of “verifying” their citizenship is to check their IP address, which can easily be masked with a standard VPN application. This lack of due diligence constitutes a brazen violation of securities laws and regulations. Hayes even openly challenged anyone to try to sue him in the unregulated Seychelles, knowing he operates in the shadow of laws and regulations.

With the above, boosters have fled to the last refuge of the crypto scoundrel: a defense of “blockchain,” the distributed-ledger software underpinning all cryptocurrencies. Blockchain has been heralded as a potential panacea for everything from poverty and famine to cancer. In fact, it is the most overhyped – and least useful – technology in human history. In practice, blockchain is nothing more than a glorified spreadsheet. But it has also become the byword for a libertarian ideology that treats all governments, central banks, traditional financial institutions, and real-world currencies as evil concentrations of power that must be destroyed. Blockchain fundamentalists’ ideal world is one in which all economic activity and human interactions are subject to anarchist or libertarian decentralization. They would like the entirety of social and political life to end up on public ledgers that are supposedly “permissionless” (accessible to everyone) and “trustless” (not reliant on a credible intermediary such as a bank).

Yet far from ushering in a utopia, blockchain has given rise to a familiar form of economic hell. A few self-serving white men (there are hardly any women or minorities in the blockchain universe) pretending to be messiahs for the world’s impoverished, marginalized, and unbanked masses, claim to have created billions of dollars of wealth out of nothing.

In a Gini coefficient where 1.0 means that a single person controls 100% of a country’s income/wealth: 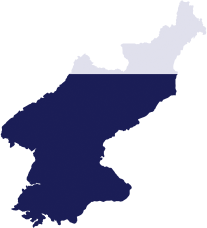 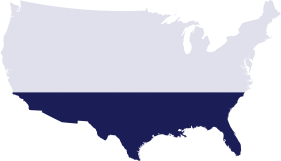 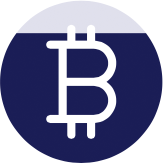 And yet, according to one study, up to 95% of all transactions in Bitcoin are fake, indicating that fraud is not the exception but the rule.

One need only consider the massive centralization of power among cryptocurrency “miners,” exchanges, developers, and wealth holders to see that blockchain is not about decentralization and democracy; it is about greed.

For example, a small group of companies – mostly located in such bastions of democracy as Russia, Georgia and China – control between two-thirds and three-quarters of all crypto-mining activity, and all routinely jack up transaction costs to increase their fat profit margins. Apparently, blockchain fanatics would have us put our faith in an anonymous cartel subject to no rule of law, rather than trust central banks and regulated financial intermediaries.

A similar pattern has emerged in cryptocurrency trading. Fully 99% of all transactions occur on centralized exchanges that are hacked on a regular basis. And, unlike with real money, once your crypto wealth is hacked, it is gone forever.

Moreover, the centralization of crypto development – for example, fundamentalists have named Ethereum creator Vitalik Buterin a “benevolent dictator for life” – already has given lie to the claim that “code is law,” as if the software underpinning blockchain applications is immutable. The truth is that the developers have absolute power to act as judge and jury. When something goes wrong in one of their buggy “smart” pseudo- contracts and massive hacking occurs, they simply change the code and “fork” a failing coin into another one by arbitrary fiat, revealing the entire “trustless” enterprise to have been untrustworthy from the start.

Lastly, wealth in the crypto universe is even more concentrated than it is in North Korea. Whereas a Gini coefficient of 1.0 means that a single person controls 100% of a country’s income/wealth, North Korea scores 0.86, the rather unequal United States scores 0.41, and Bitcoin scores an astonishing 0.88.

As should be clear, the claim of “decentralization” is a myth propagated by the pseudo-billionaires who control this pseudo-industry. As for blockchain itself, there is no institution under the sun – bank, corporation, non-governmental organization, or government agency – that would put its balance sheet or register of transactions, trades, and interactions with clients and suppliers on public decentralized peer-to-peer permissionless ledgers. There is no good reason why such proprietary and highly valuable information should be recorded publicly.

Of course, it is no surprise that an unregulated market would become the playground of con artists, criminals, and snake-oil salesmen

Moreover, in cases where distributed-ledger technologies – so-called enterprise DLT – are actually being used, they have nothing to do with blockchain. They are private, centralized, and recorded on just a few controlled ledgers. They require permission for access, which is granted to qualified individuals. And, perhaps most important, they are based on trusted authorities that have established their credibility over time. All of which is to say, these are “blockchains” in name only.

The symbols of Bitcoin and Ethereum cryptocurrencies sit displayed on a screen during the Crypto Investor Show in London, U.K

It is telling that all “decentralized” blockchains end up being centralized, permissioned databases when they are actually put into use. As such, blockchain has not even improved upon the standard electronic spreadsheet, which was invented in 1979.

No serious institution would ever allow its transactions to be verified by an anonymous cartel operating from the shadows of the world’s authoritarian kleptocracies. So it is no surprise that whenever “blockchain” has been piloted in a traditional setting, it has either been thrown in the trash bin or turned into a private permissioned database that is nothing more than an Excel spreadsheet or a database with a misleading name.

Of course, it is no surprise that an unregulated market would become the playground of con artists, criminals, and snake-oil salesmen. Crypto trading has created a multi-billion- dollar industry, comprising not just the exchanges, but also propagandists posing as journalists, opportunists talking up their own financial books to peddle “shitcoin,” and lobbyists seeking regulatory exemptions. Behind it all is an emerging criminal racket that would put the Cosa Nostra to shame.

Nouriel Roubini is a professor at NYU’s Stern School of Business and CEO of Roubini Macro Associates.

Roubini was Senior Economist for International Affairs in the White House’s Council of Economic Advisers during the Clinton Administration. He has worked for the International Monetary Fund, the US Federal Reserve, and the World Bank.