IP, Power, and the Pandemic 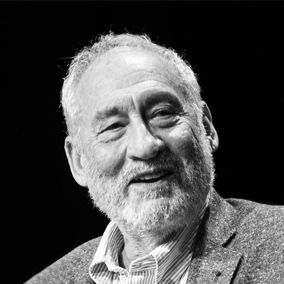 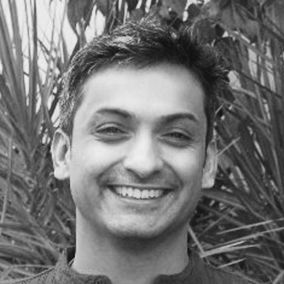 Associate Professor of Economics at the University of Massachusetts Boston 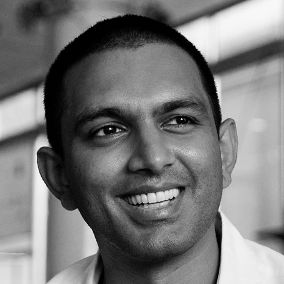 Fellow at Shuttleworth Foundation and Coordinator of AccessIBSA

Imagine a world in which a global network of medical professionals monitored for emerging strains of a contagious virus, periodically updated an established formula for vaccinating against it, and then made that information available to companies and countries around the world. Moreover, imagine if this work were done without any intellectual-property (IP) considerations, and without pharmaceutical monopolies exploiting a desperate public to maximize their profits.

Imagine too a world in which a global network of scientists searched for vaccines and therapeutics to combat COVID-19, with only an ambition of getting the medicines to as many people as cheaply and as quickly as possible—a world in which the drug companies see COVID-19 not as an opportunity for unprecedented profits, but as one for providing unprecedented benefits to a world immersed in a pandemic.

This may sound like a utopian fantasy, but it is actually a description of how the flu vaccine has been produced for the past 50 years. Through the World Health Organization’s Global Influenza Surveillance and Response System1, experts from around the world convene twice a year to analyze and discuss the latest data on emerging flu strains, and to decide which strains should be included in each year’s vaccine. As a network of laboratories spanning 110 countries, funded almost entirely by governments (and partly by foundations), GISRS epitomizes what Amy Kapczynski of Yale Law School calls2 “open science.”

Because GISRS is focused solely on protecting human lives, rather than turning a profit, it is uniquely capable of gathering, interpreting, and distributing actionable knowledge for the development of vaccines. While this approach may have been taken for granted in the past, its advantages are quickly becoming clear.

The world has changed a lot since Jonas Salk’s polio vaccine, which was made freely available immediately. Today most vaccines that come to market are patented. For example, PCV13, the current multi-strain pneumonia vaccine administered to babies, costs hundreds of dollars because it is the monopoly property of Pfizer. And although Gavi, the Vaccine Alliance subsidizes some of the costs of the vaccine in developing countries, many people still cannot afford it. In India, more than 100,000 preventable infant deaths3 from pneumonia are recorded every year, while the • vaccine brings in roughly $5 billion in revenue4 for Pfizer annually.

As public-health advocates and scholars have long argued, monopolies kill, by denying access to life-saving medicines that otherwise would have been available under an alternative system

We need to acknowledge that the current system—in which private monopolies profit from knowledge that is largely produced by public institutions—is not fit for purpose. As public-health advocates and scholars have long argued, monopolies kill, by denying access to life-saving medicines that otherwise would have been available under an alternative system—like the one facilitating the yearly production of the flu vaccine.

There is already some movement in favor of alternative approaches. For example, Costa Rica’s government recently called on the WHO to establish a voluntary pool of IP rights for COVID-19 treatments, which would allow multiple manufacturers to supply new drugs and diagnostics at more affordable prices. 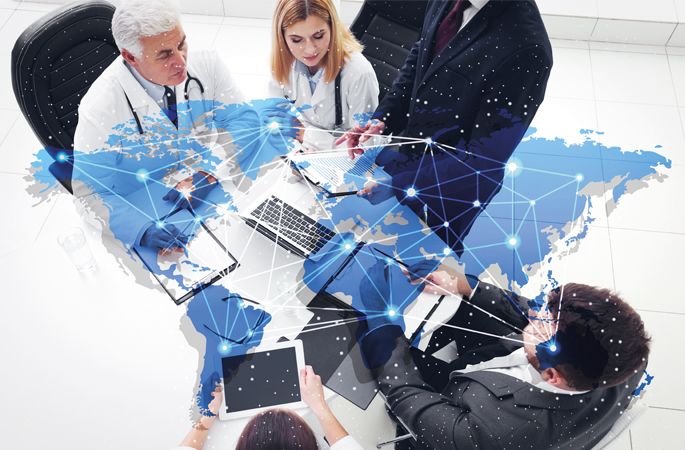 Patent pooling is not a new idea. Through the Medicines Patent Pool5, the United Nations and the WHO have for years sought to increase access to treatments for HIV/AIDS, hepatitis C, and tuberculosis, and have now expanded that program to cover COVID-19. Patent pools, prize funds, and other similar ideas are part of a broader agenda to reform how life-saving drugs are developed and made available. The goal is to replace a monopoly-driven system with one based on cooperation and shared knowledge.

Patent pools, prize funds, and other similar ideas are part of a broader agenda to reform how life-saving drugs are developed and made available. The goal is to replace a monopoly-driven system with one based on cooperation and shared knowledge

In the current climate of cooperation in the name of societal well-being, it is easy to forget that in the pharmaceutical arena, what we have seen in the past is the very opposite of this. Pharmaceutical companies have been involved in what can be called the “Enclosing of the Knowledge Commons”, extending control over life-saving drugs through either frivolous or secondary patents, preventing production and use of generics, in an attempt to indefinitely extend their monopoly profits—leading to less access and higher prices, and in some cases, to unnecessary deaths. The insulin crisis in the US is only one example of this. A drug that has been well-known for decades is unaffordable for many primarily because of the indiscriminate granting of follow on patents. While there are instances where drug companies have seen remarkable advances, almost always their products rest on advances in basic science financed by governments, foundations, and education institutions. Most importantly, we don’t need to pay the enormous price that our broken system of intellectual property extracts to get these advances. 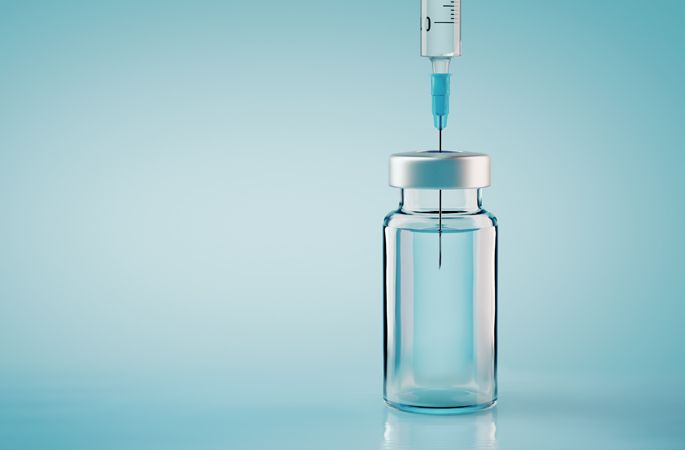 Of course, some will try to argue that dealing with COVID-19 is a matter that is sui generis. They want to fall back just on pressuring the drug companies to behave well, not to charge excessively, with the threat of using compulsory licenses if they don’t. But that would be a mistake: The COVID-19 crisis is simply exposing, in a dramatic way, the flaws in our current system. At a time when cooperation is critical, we have an IP system that encourages secrecy; at a time when having the widest dissemination of drugs at the lowest prices is essential for the public health and societal well-being, we have an IP system that encourages charging what the market would bear—and right now, that’s an enormous amount. Fortunately, the scientific community has seen beyond short-term concerns about profits, but it is not clear that our pharmaceutical companies will, and even if they do for the moment, it is unlikely that they will do so over the long run. For example, only after some public pressure did Gilead rescind its “Orphan Drug”6 status for Remdesevir, which would have given it an additional 7 years of monopoly.

We trial vaccines, hopefully one or more will generate a plausible cure, and current results are promising. But these will also be patentable. It is sobering to note that while we think of Salk’s polio vaccine as the archetypal example of a vaccine—made freely available, so that polio was soon brought under control—many vaccines are coming to market after being patented, which means that originator companies will have the right to charge high prices and to decide who will obtain the patent. Oxfam recently reported7 that the richest countries, with 17 percent of the world’s population, have already cornered over 50% of the promised doses available from the promising vaccine candidate producers. The organization estimates that the UK have obtained commitments of five doses per capita, while Bangladesh by contrast has only been able to obtain a commitment of one dose per 9 people. Some vaccine producers have already announced that they will charge prices that are high enough to seriously deter usage in poorer countries. Apart from the obvious ethical concerns of this situation, the fact that doses are not available for a contagious disease is likely to be deeply socially inefficient since it would prolong the pandemic with all its attendant spillover externalities to production. 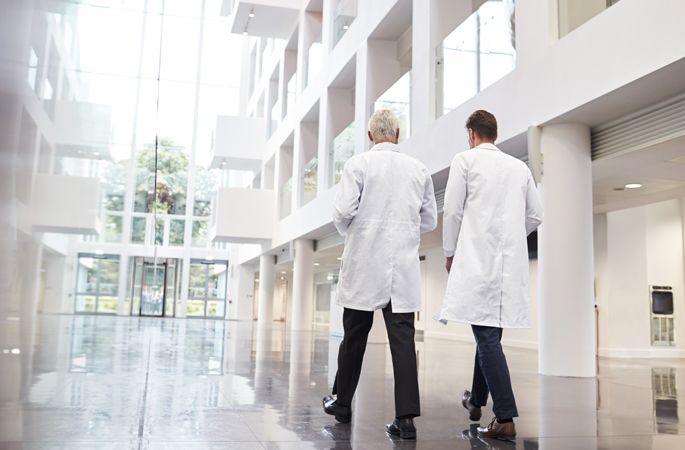 For too long, we have bought into the myth that todayís IP regime is necessary. Academics and policymakers have
already come forward with many promising proposals for generating socially useful—rather than merely profitable—pharmaceutical innovation

The obvious solution here, too, is to promote what has come to be known as a ‘people’s vaccine’8—the widespread and free usage of vaccines, treatments and tests with a priority given to the vulnerable, frontline workers and poorer countries with limited capacity to save lives. But once again, that would require overhauling the current IP status quo.

For too long, we have bought into the myth that today’s IP regime is necessary. The proven success of GISRS and other applications of “open science” shows that it is not. With the COVID-19 death toll rising, we should question the wisdom and morality of a system that silently condemns millions of human beings to suffering and death every year.

It’s time for a new approach9. Academics and policymakers have already come forward10 with many promising proposals11 for generating socially useful—rather than merely profitable—pharmaceutical innovation. There has never been a better time to start putting these ideas into practice.

Professor Joseph E. Stiglitz is an award-winning American economist and a University Professor at Columbia University. He is the co-chair of the High-Level Expert Group on the Measurement of Economic Performance and Social Progress at the OECD, and the Chief Economist of the Roosevelt Institute.  A recipient of the Nobel Memorial Prize in Economic Sciences and the John Bates Clark Medal, he is a former senior vice president and chief economist of the World Bank and a former member and chairman of the (US president’s) Council of Economic Advisers and named by Time magazine (2011) as one of the 100 most influential people in the world. Known for his pioneering work on asymmetric information, Stiglitz’s work focuses on income distribution, risk, corporate governance, public policy, macroeconomics and globalization. He is the author of numerous publications, including several bestsellers.

Dr. Arjun Jayadev is Associate Professor of Economics and Co-Director of the Asian Political Economy program at the University of Massachusetts Boston and a faculty member at Azim Premji University. His research focuses on Macroeconomics, Finance and Distribution. He is a consultant to the Institute for New Economic Thinking where he is Deputy Director of the Political Economy of Distribution Program.

Mr. Achal Prabhala is a fellow at the Shuttleworth Foundation and the Coordinator of the AccessIBSA project, which campaigns for access to medicines in India, Brazil, and South Africa. He is known for his work on intellectual property rights.