In recent research, Prof. Dushnitsky and co-author have discussed issues related to regulatory change on technology corporations and start-ups in the context of the U.S. (https://nvca.org/dont-hurt-startups-when-reining-in-big-tech-four-lessons-from-a-new-academic-report/). In this Roundtable led by our managing editor Leslie Broudo, Dushnitsky and guests extend the discussion. Their work underscores the important role of M&A to the keeping a vibrant ecosystem of start-ups and VC investors. It further discusses the less-explored implications of impeding M&A activity on the venture capital ecosystem; including impact on deals, valuations as well as inclusion and diversity.”

The global trend to regulate large technology and internet companies has been distinguished globally. While in the US the aim is purportedly to introduce legislation to appear to level the playing field, the stated aim in China, by contrast, is to increase what is referred to as the “Common Prosperity.” In this article, Prof. Gary Dushnitsky of the London Business School has a conversation with two expert observers: Tehila Levi-Lati, Hong Kong -based Partner in law firm Sullivan and Worcester, where she heads the firm’s China desk; and Marc Chaikin, Founder of quantitative platform Chaikin Analytics, which was acquired in 2021 by MarketWise and recently went public via a SPAC (MKTW).

Dushnitsky —
How would you describe the changing nature of tech legislation in your respective markets – China and the U.S.?

Levi-Lati —
The technology and internet sectors grew quickly in China in the last decade, however, in the past year, China issued new regulations, policies and made some changes regarding the enforcement which influenced this sector. The main legislation included, interestingly enough, the Anti-Monopoly Law, the Data Privacy Rules, and the regulation draft for governing Chinese companies listing abroad.

The bottom line is that the recent legislation provides China with more control and supervision over its large internet and technology sector, in what is generally seen as an effort to curb the power of this sector in China.

Let me be more specific: In 2021, anti-monopoly law enforcement for large Internet and technology companies in China was unprecedented. In 2021, China’s antitrust regulator punished and fined a number of domestic technology companies – mainly in the internet field – for misconduct committed years ago. Then in October 2021, the amended Anti- Monopoly law of China (Draft) was published. According to the draft, operators shall not abuse data and algorithms, technology, capital advantages and platform rules to exclude and restrict competition.

China’s New Data Security and Personal Information Protection Laws, which also came into force in the fall of 2021, provided a framework of largely high-level data privacy obligations. The laws classify data collected and stored in China based on the potential impact on the national security of China; they also regulate the data transfer. The new rules are a source of concern for Chinese companies listed in the US; an example is the case of “Didi,” whereby Chinese regulators have asked Didi to delist from its U.S. Exchange, due to concerns about leakage of sensitive data.

Finally, relative to the tightening of rules governing Chinese companies seeking to list abroad, China In December 2021 issued a regulation draft which supervises offshore listings of Chinese companies with the so-called VIE structure, which refers to offshore companies that control the given Chinese company. The structure is widely used by most Chinese large technology companies listing abroad. The aim of the legislation is to improve the supervision over these companies. 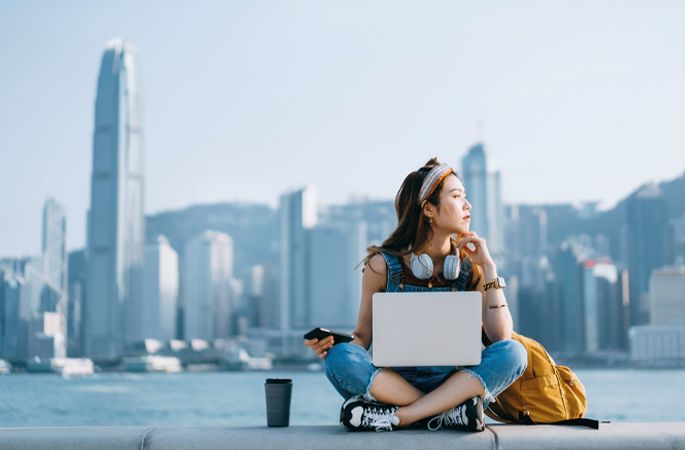 Chaikin —
There has recently been an explosion of venture capital money chasing startups and early-stage ventures in the U.S. which has changed the venture capital landscape, including the acquisition of startups. While there is talk of legislative and regulatory change to supposedly affect the power of “big tech,” legislative and regulatory change in the U.S. has been talked about for years. These issues have gained some traction but mainly in the press and the progressive blogosphere – not in the Congress.

As long as America remains a capitalist democracy entrepreneurship will be rewarded unimpeded by mandated restraints. Pro-business interests have a history of stopping legislative changes dead in their tracks.

Dushnitsky —
In this context, how would you further describe the trajectory of technology development and funding in the U.S., and by contrast in China?

Chaikin —
As I said, I doubt that there will be any serious legislative changes regarding M&A. But I do thank that the broader issue in the U.S. is about three or four companies controlling personal data, social media interactions and transactional data.

In this regard the harsh media and legislative spotlight on Meta Platforms, formerly Facebook, Alphabet, and to a lesser degree Apple and Microsoft has actually led not to legislation but to an embracing of new technologies like Blockchain and the Metaverse.

Levi-Lati —
Among the lessons I think we learned from the West is that mega companies can in some ways usurp a particular country’s influence. In China, the government is trying to be ahead of the curve and be involved in ways that might more easily control the high-tech ecosystem in order, one could say, to make for a more balanced and well-equilibrated tech ecosystem.

It is also important to recognize that, as part of legislation addressing the seeming growing power of the technology companies, the U.S. is also trying to restrict the activities of large Chinese technology and internet companies abroad. An element of the restrictions has been adding more Chinese companies to the U.S. blacklist. This restricts those companies from receiving US investment, and forces them to delist from the U.S. stock exchange. Among the outcomes may be that the Chinese technology and internet companies will turn more inward rather than globally, and/or will increase their businesses in countries considered “friendly to China.”

Among the outcomes may be that the Chinese technology and internet companies will turn more inward rather than globally, and/or will increase their businesses in countries considered “friendly to China.”

Dushnitsky —
What do you think are the root causes of this type of the changes we are seeing?

Levi-Lati —
One could say that the Chinese government has targeted the technology and internet sector as the sector which has accumulated vast wealth in a short time, in part by operating on the gray area of the law. The wealth gap is being addressed and momentum supported with the stated goal of increasing “common prosperity.” At the same time, of China is turning more inward and seeking to establish more equilibrium and control over the technology and internet sector. The language speaks to the people; the underlying policy is part of a long-term move to gain greater control.

Chaikin —
At a root cause level, I tend to believe that when it comes to investment trends as affected by regulation in the U.S., there is a growing sense that in the areas where the Chinese have made the biggest strides – such as in solar panels and artificial intelligence – we must become relatively self-sufficient…thus the Biden initiatives in solar and in new rare earth companies like MP Materials. • 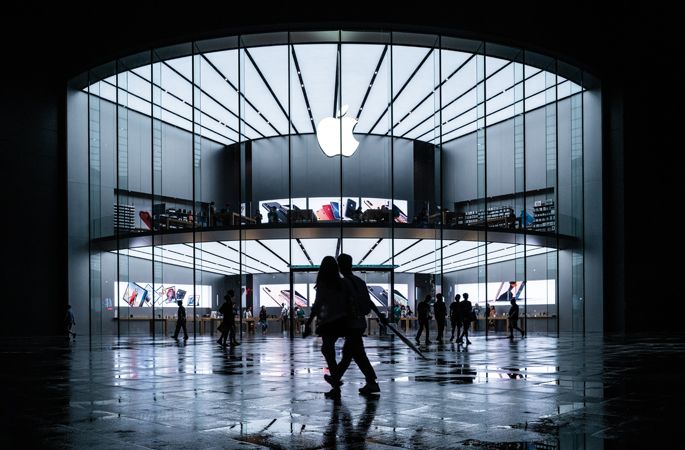 Dushnitsky —
How are companies in the technology sector responding, and are they rethinking some aspects of their strategy?

We will also see more giant technology and internet companies contributing back to society. The technology giants Alibaba and Tencent, which in recent years has been on global rise, have already committed to promote common prosperity initiatives in China and contributed financially to this cause.

Chaikin —
There has been a wave of smaller technology acquisitions by companies like Alphabet, Apple, Amazon and Meta Platforms over the past five years. But unless there is significant legislation, which I deem to be unlikely, these acquisitions will continue.

It is also well to realize that in many cases the big four tech giants are buying technology and people not revenue and profits…it’s been a seller’s market in many regards and that’s likely to continue.

Dushnitsky —
What do you imagine will be the likely outcome on start-up valuations and M&A activity in the public sector, given the increased regulatory pressure you’ve described?

Chaikin —
There has recently been an explosion of venture capital money chasing startups and early-stage ventures in the U.S. which has changed the venture capital landscape. The recent SPAC boom in the U.S. has created a new pool of buyers and thus liquidity at an earlier stage for many mid to late-stage startups.

With so much money chasing deals, valuations have actually been boosted not squashed….and capital raises are no longer dependent on IPOs. There has been ample investment capital at attractive valuations so companies have been staying private longer…although that may change if interest rates in the U.S. continue to rise and price to earnings multiples for publicly traded technology companies compress. So I think we need to look at monetary policy, not even or just legislation which may not materialize.

Levi-Lati —
Under the core concept of promoting common prosperity, attention is clearly being paid to efforts that are antimonopoly and to prevent what might seem like the disorderly expansion of capital. Therefore, capital and technology giants will reduce their acquisitions in start-ups, which may affect early-stage start-ups valuation.

In addition, the criteria of evaluation will change from the traditional PE to the new and evolving concept under Common Prosperity referred to as ESG (Environment, Society and Governance). When selecting investment targets, the valuation shall likely include the consideration of the long-term environmental, social and governance aspects.

Dushnitsky —
What is the likely outcome of the changes and the downstream reactions, say 3–5 years hence?

Chaikin —
In the U.S. I think it’s going to be business as usual with the caveat the typical boom/bust cycles in the technology space will always be with us. At some point in the current bull market in the U.S. either because of a drying up of liquidity or an economic recession, or both, capital will dry up and the IPO/SPAC window will close as it always has.

While we are likely 12–24 months from that scenario in is more or less inevitable…that’s the biggest worry for startups, in my view, not regulatory and legislative changes.

[In the U.S.] I think we need to look at monetary policy, not even or just legislation or regulation which may not ultimately materialize

Levi-Lati —
Giant technology and internet companies may have challenging times in the coming years in China. Those companies that will cooperate with the government and comply with the new legislations and reforms will be stable and prosper under Government instruction, which may lead to more balanced and common high-tech ecosystem.

On the other hand, frequent legislative changes may lead to uncertainty and may affect the global growth and presence of Chinese technology and internet companies worldwide.

Professor Gary Dushnitsky is an Associate Professor of Strategy & Entrepreneurship at the London Business School. He serves as a Senior Fellow at The Mack Institute for Innovation Management at the Wharton School, University of Pennsylvania.

Marc Chaikin is the founder of Bomar Securities LP, which was sold to Instinet Corp. in 1992. He then went on to become Senior Vice President and Director at Instinet when owned by Reuters.com. Chaikin Analytics was acquired in 2021 by MarketWise and recently went public via a SPAC (MKTW).

Tehila Levi-Lati is a partner at Sullivan & Worcester and heads the firm’s China desk, managing the long-term cooperation with leading Chinese law firms. She routinely provides legal services to companies in the high-tech, technology, and life sciences sectors. Key highlights include her representation of: HAM-LET (Israel-Canada) Ltd. in its acquisition of Jiangsu Xinghe Valve Ltd. at a company value of USD18.4 million; and Telit Wireless Solutions Hong Kong Ltd. in the M&A transaction with Shanghai Stollmann Communication Technology Co., Ltd.